In the last couple of days I have giving it more thought what game I will be developing during my travels. In this post I will introduce high level the idea of the game, the game character, and my first thoughts about the game play.

We are currently in Kathmandu in Nepal. It took is over 30 hours to get here but it is absolutely a beautiful country and the people are very friendly. We visited Patan, which is an Unesco World Heritage site full of temples. We will spent 5 days in Kathmandu before we head out to Pokhara which is east of Kathmandu. Kathmandu was quite chaotic as the elections are planned for the 19th of November. Some of the members of certain parties were throwing gas bombs on cars and streets. Our hotel recommended not to take any bus to Pokhara, as they will be escorted by the army or police. We changed our plans and decided, given the unsafe environment, to book a flight from Kathmandu to Pokhara. 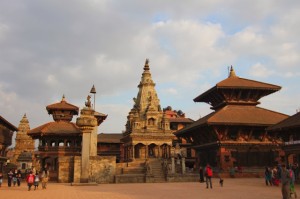 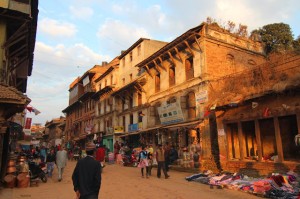 I decided to base the idea of the game on the following 3 starting points:

Based on the above mentioned starting points I came up with a game called Rolly Bear World. The idea of the game is simple, Rolly Bear (the game character) is on a quest for treasures, and the player should create the paths towards these treasures. When the game character does not use the paths or platforms correctly, Rolly Bear will not reach the treasure and die (awww). The player will only have a limited set of platforms or tools available per level, with each custom characteristics (e.g. very bouncy platforms) to build the path to the treasure.

I made a first trailer, to get already an idea of the emotion and feeling of the game:

The game character is called Rolly Bear. It a funny looking bear who is a bit clumsy but has the guts to go on an adventure to find treasures around the world. I decided to make Rolly Bear round in shape as it would better fit the idea of the game. Rolly Bear will roll through the levels while being attacked by obstacles and gravity.

Designing the different game elements is a total different thing. I have some basic understanding and experience with programs like InkScape and GIMP, but creating all the game art work myself would be too much work. Therefore I decided to buy (almost) all game artwork. But while searching the Internet for a potential Rolly Bear game character I experienced that none of the available game characters provided me with the feeling how I think Rolly Bear should look like. So I decided to create at least Rolly Bear the character myself. I used Inkscape as a vector program to bring Rolly Bear alive. It was a bit more work than I initially thought but I’m happy with the end result. Below you can find the different sprites of Rolly Bear. I’m curious what you think about him? Leave a comment if you like. 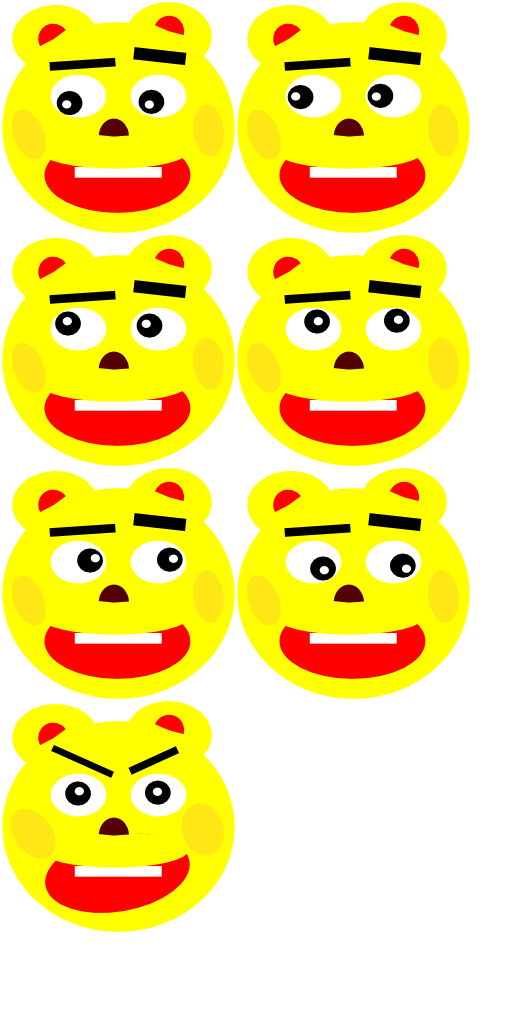 In the next post, I hope to have some sketches available about the game.