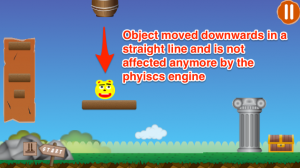 In this post I show you how you can add a splash screen to your Corona SDK project. A splash screen is a screen which is displayed when the user starts the game, often you mention or display your brand or the name of your development studio. As I’m creating a game during my travels in Asia I decided to make a splash screen which displays my website logo of Code and Travel. 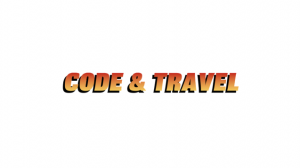 END_OF_DOCUMENT_TOKEN_TO_BE_REPLACED

In the last post I provided the explanation of Level 1 -5 of Rolly Bear World, in this consecutive post I will do the same for Level 6 -8. I will only explain the key changes to the code. In case you missed some of the core functionalities build in Rolly Bear World, make sure you visit this page with all available tutorials.

Level 6
Level six is not much different from level 3 with the exception that this time the spring is fixed in the gameplay and not an available platform for the user to change. Just look at the code of level 6 and you will see we use the exact same concepts for creating the animated spring object only now as a fixed object. 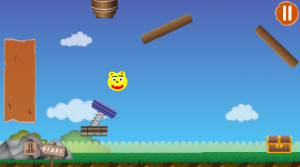 END_OF_DOCUMENT_TOKEN_TO_BE_REPLACED

Before we start building level 1 to 5 I would like thank you for all the comments and emails I got with travel wishes or questions about Lua development. Unfortunately I have not been able to blog a lot in the last two months as the Internet in Laos and Philippines was just not great (softly speaking). Anyway I did had time to make some progress on Rolly Bear World. I’m currently in Manila on route to Hong Kong, so probably my connectivity will improve over the next days. I complete already 9 levels of my Rolly Bear World Project. This post will discuss the first 5 of them.
END_OF_DOCUMENT_TOKEN_TO_BE_REPLACED

This is a short update on our Rolly Bear World project. I’m starting to create all the different levels for Rolly Bear World, and realized that some of the code will be reused across all levels. To avoid bugs in future changes I decided to make some of the code and functions available on a global level so that all separate level files can reuse these functions. I created a separate lua file called platformListeners.lua, which contain the listener functions for the platforms in the game. These are:

In each level file we need to require this newly created .lua file, so that each individual lua level file can actually access these functions.

So make sure, in case you’re making this change as well to include in the level01.lua, level02.lua files:

The code listed below has been removed from level01.lua and added to the new .lua file called platformListeners.lua, I also made some additional changes which I explain below.

END_OF_DOCUMENT_TOKEN_TO_BE_REPLACED

In the last couple of days I have been stuck on killing the timer function within Corona SDK properly. I have searched on the web many solutions but somehow they did not work for me. I solved the issue, and I thought given the many entries already on the web I thought it would be useful to share my solution.

END_OF_DOCUMENT_TOKEN_TO_BE_REPLACED

In this post and tutorial we will add audio to the Rolly Bear World Project. Personally, I think this changes a lot of how the game feels. So i’m glad I reached this point. 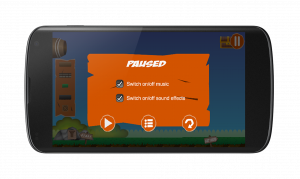 END_OF_DOCUMENT_TOKEN_TO_BE_REPLACED

In this tutorial I added a few new lines of code to my Rolly Bear World project. The events which needed happen when a user completes a level is still missing at this point. When Rolly Bear gets successfully launched and bounced to the treasure chest, the chest should open and a trophy should be rewarded to the user. Next, an overlay should be displayed to navigate the user either back to the level selection screen or to the next level of the game. 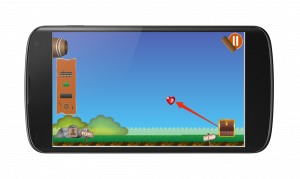 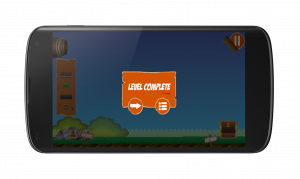 END_OF_DOCUMENT_TOKEN_TO_BE_REPLACED

Some of the progress I made in the last days is the creation of an overlay menu which is triggered by the storyboard.overlay function of Corona SDK. When the user clicks on the pause button an overlay appears with 3 options: Pause the game, go to the level selection screen, and reload the level. In this post we will create this kind of overlay. See the video below for the implementation in my Rolly Bear World Project.

END_OF_DOCUMENT_TOKEN_TO_BE_REPLACED

It has been a while since my last post. In this post we use Corona SDK to rescale display objects based on the location on the screen. Depending on the level in the Rolly Bear game a user has more or less platforms available to use. In case of many platforms we don’t want to much cluther on the screen, so we want them to be smaller when the user doesn’t need them. We can achieve this by adding a runtime listener to the platforms to check for its location. Accordingly we can re-scale the platforms.

See the small video how it works: